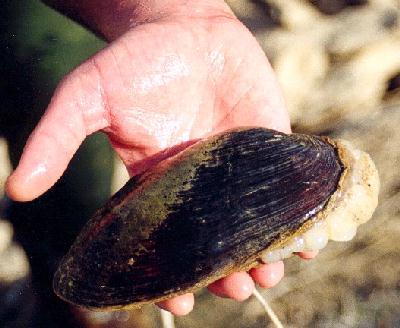 Spengler’s freshwater mussel or giant European freshwater pearl mussel (Margaritifera auricularia) is a species of aquatic bivalve mollusk in the family Margaritiferidae, classified as Critically Endangered (CR) on the IUCN Red List. The world’s largest known population is located in the Imperial Channel of Aragon (Spain).
However, lining works in a section of the cannel where the last specimens concentrate put the species at risk.
On previous occasions, water cuts off and different works implied high mortality rate of this freshwater mussel, due to dehydration, frostbite or crushing.
Friends of the Earth Spain has asked to Confederación Hidrográfica del Ebro (CHE) and the regional government of Aragon to know the technical team and protocols that will be carried out for the removal and move of Margaritifera auricularia’s specimens as well as its return.